My Favourite Scandinavians (Finland is Winland) 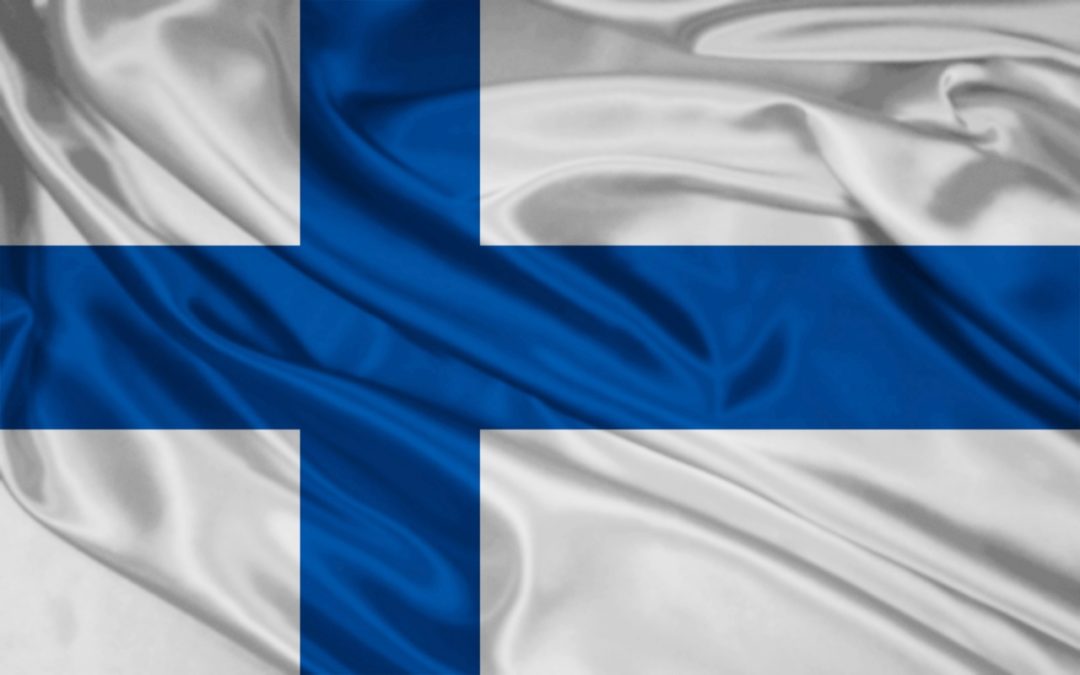 I saw them from across the park. They were small, light-haired and taciturn. They wore black and had names that were mostly vowels. I saw them, and I knew they were Finns.

I approached them and began to converse. They replied with one or two words and looked down at the grass. My heart leapt within me for I knew that I had found real Finns.

I’m sure you’re thinking, “But Forest Friend, we all know that the Swedes are the best Scandinavians. You know, IKEA and Cheap Monday and Fjällräven, progressive government and environmental policies that are decades ahead of North America. Plus the intense physical attractiveness of their citizens!”

Myth BUSTED. Of course, Sweden will always hold a special place in my heart, for their films and backpacks and H&M, but you must understand, there is another place. A place at the crossroads of two cultures, one volatile and authoritarian, the other progressive but demanding. A place that is isolated, sparsely populated and cold. A place that has an indigenous people, films that no one else has ever heard of, high northern suicide rates and a self-deprecating sense of humor.

Sound kind of like Canada? Yeah, that’s what I thought too. My new Finnish friends Juho, Paavo, Tuuli and I bonded over the similarities between our culture: literature that usually involves snow and incest, quality alcohol, and a history of complaining about our neighbors. And though Finland has one of the best educational systems in the world (you need a masters degree to teach elementary school), it also has a mandatory conscription policy, under which young men are required to serve 6-12 months in armed or civilian service.

And they were pretty fascinating once I got them to open up a little with my charming Canadian friendliness and wit — which they found weird and unexpected. Juho said “You remind me of a character from Twin Peaks.” Which may have been the greatest compliment I’ve ever gotten. These Finns are pretty badass too. They hitchhiked to Germany for the conference and are active in peace, anti military, anarchist and cooperative farming movements in Finland. (They also dare to be vegan in northern Europe.) 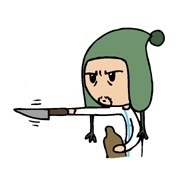 (Cute little angry Finn is from adorable comic “Scandinavia and the World”.)

The Finnish stereotype is morose, laconic and usually intoxicated (I read somewhere that the typical Finn is a drunk guy with a knife). And the Finns I met had what seemed to be a very Finnish sense of humor, demonstrated when Paavo told this joke:

So two Finns are drinking in a bar. They have a drink in complete silence. Then one of them turns to the other and says, ‘Should we order another beer?’ And the other one says, ‘Did you come here to talk or to drink?’

And another one I saw online:
Q. How can you tell if the Finn you’re talking to is an extrovert?
A. He stares at your shoes instead of his.

The best ones, though, are the jokes that the Finns have about the Swedes:
Q. What’s the difference between mosquitos and Swedes?
A. Mosquitos are only annoying in the summer.

And:
Three construction workers, an Australian, a Finn and a Swede, are sitting on a beam on the tenth floor about to have their lunch.

The three widows of the construction workers are talking at the funeral and the Aussie’s wife says “I don’t understand. I thought my husband loved meat pies! If he didn’t want them he should have said something!”
The Finnish widow says “Same here – I thought my husband wanted sausages! Why didn’t he say something?”
The Swede’s widow says, “I don’t get it… my husband made his own lunch.”

Also fun is this list of signs you have been in Finland too long. I think Mr. Forest Friend might secretly be Finnish. 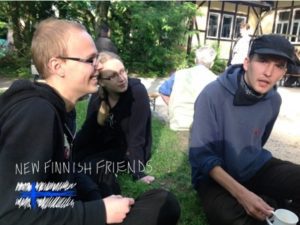 I’m a loner with lots of interests and opposing sun and moon signs. Here you’ll find a mix of content from design, art & media to mysticism, history and esoterica. There’s also some fashion, travel, cats and South American rodents.