Frankfurt, the giant Euro under the rainbow 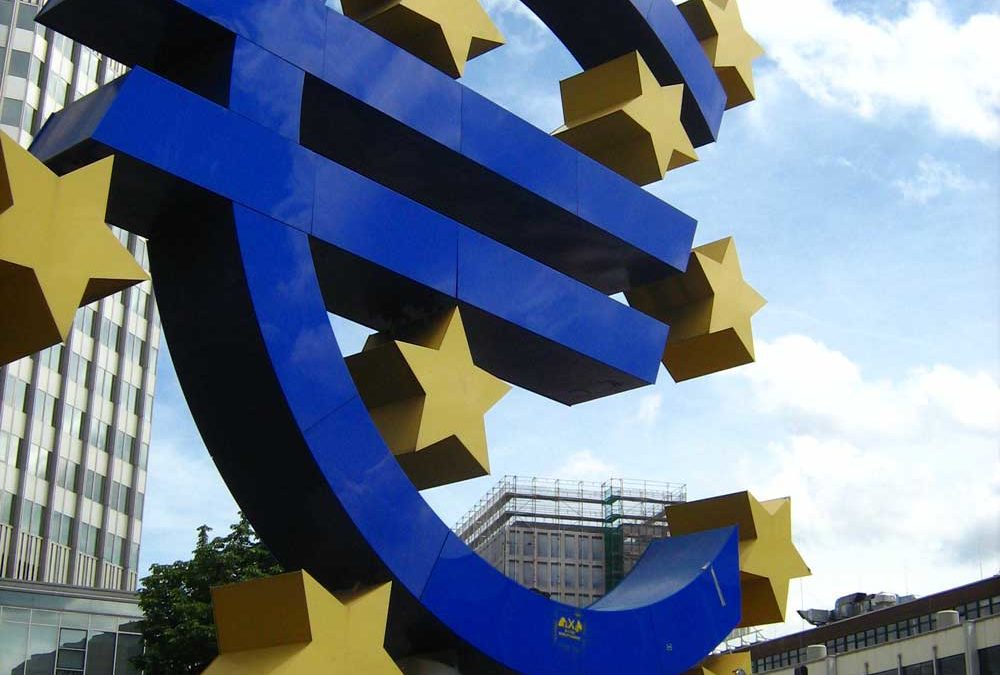 Frankfurt is an odd kind of city; it’s a major European hub because it has an international airport, and it is significant as the banking capital of Germany. But it’s not exactly a major tourist attraction — especially not for the budgeted backpacking type. Half of the people in our hostel were there because they had just flown into the Frankfurt airport. And the other half were there because they were flying out of it.

So now I’ll answer those aged questions which have gone unaddressed for time untold:

How many songs do the Irishmen on the patio know? The Irishmen were on their way to an important football match in Poland, and didn’t waste any time getting into the German beer. They were drinking on every balcony in the courtyard, giving bellowed renditions of an astonishing variety of songs — highlights included an unironic performance of “How Great Thou Art” and all the verses of Savage Garden’s “Truly Madly Deeply” that was oddly romantic (and on key) in spite of being screamed at the sky by a dozen tipsy jersey-wearing boys. So the answer is: lots.

Why is there a pregnancy test in the vending machine? All the DB (Deutsche Bahn) metro platforms are equipped with ticket machines and snack/drink machines. And inthe bottom right hand corner of each snack machine is a row of condoms and a row of pregnancy tests. I can only theorize that the Germans are simply better at planning ahead. Why not get your condoms and post-sex snacks before you get on the train to meet your date? And why not grab a pregnancy test and head right for the WC before you freak out that your craving for mini cookies piled on packaged corn dogs come from being knocked up? It’s simple good sense.

Who is Dr. Müller and why does his sex shop have such a big sign? The neighborhood around our hostel was paved with tits, flashing signs and aggressive sex club promoters, something particularly alarming for us prude Canucks. But it all quickly became normal, and the perky asses simply became the arrow pointing the way back home. But one sign just kept sticking out (har har), because Dr. Müller, in a subdued blue Helvetica, sounds like someone who should be selling orthopedic shoes, not the dildos that were displayed attractively on draped velvet in the window. We have no answers, only several theories: 1) that the evocation of a doctor’s office may give the impression cleanliness and professionalism amidst cash-driven sexy times, or 2) that the attraction inside will be a sexy pretend game of playing doctor, or most likely 3) that the girls inside are actually Dr. Müller’s nurses, who will attend to their patients’ every need.

Where is the best place to put Occupy Frankfurt? Under the giant electronic Euro sign, obviously.

How awesome is it to travel around a city the area of Halifax on a combination of subways, trams, buses and a whole array of regional and inter-city trains that all run on an exact and unequivocally prompt schedule? Very.

I’m a loner with lots of interests and opposing sun and moon signs. Here you’ll find a mix of content from design, art & media to mysticism, history and esoterica. There’s also some fashion, travel, cats and South American rodents.